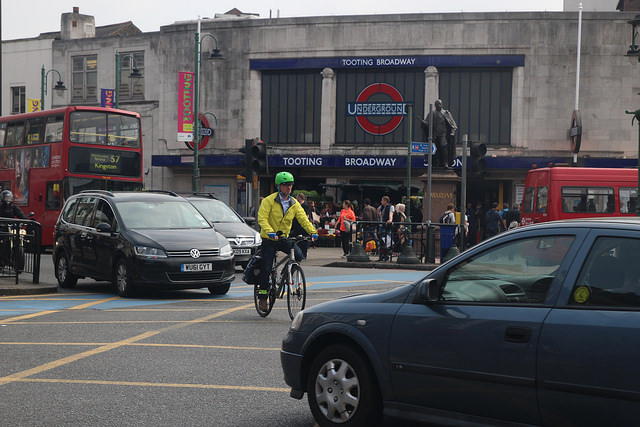 Just one example is Tooting Bec Road, which is currently being resurfaced. Yet again, the opportunity to maximise the return from funds used on maintenance by also implementing on-going improvements as our understanding of road design grows has been missed.

Motor traffic volumes have almost halved 2000-2014 between Tooting Bec and Streatham, surely with that drop in motor traffic, there must be the space for proper cycle lanes similar to the ones which now grace Vauxhall, Oval and Embankment.

Alex Glassbrook, Liberal Democrat by-election candidate says:
In a similar way to our approach to the NHS, we need to take the long-term view. Too often our political system gets caught in short-term actions and loses sight of the direction we are heading in, which makes us all the poorer. Air pollution needs urgent action at all levels of government. Safer streets giving people real alternatives to driving where possible, is a big part of the air pollution solution which can be acted upon locally.