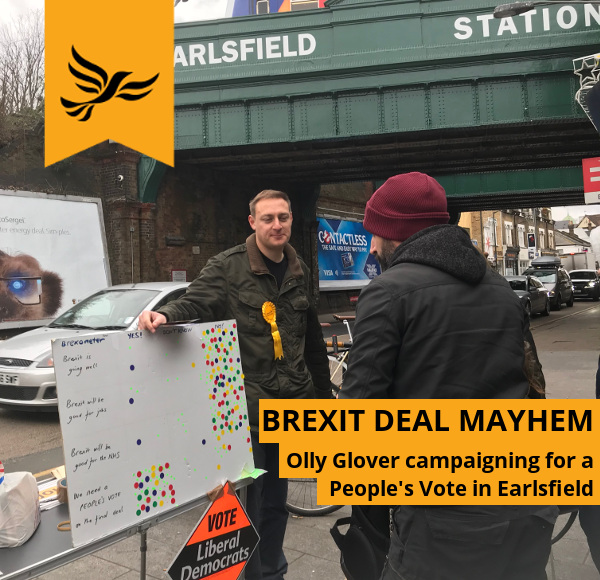 We are the only major party consistently calling for a vote on the final Brexit deal - including the option to remain in Europe. Every day, more people are backing our campaign for a people's vote. Join them today and help get our country back:

Liberal Democrat Spokesperson for Tooting Olly Glover says: “After months of incompetence and indecision, the Tories and Prime Minister May have made a hash of Brexit, which has become a national embarrassment, and Jeremy Corbyn’s Labour party have failed to oppose them. Now is the time to back the Liberal Democrats and join us in demanding better than Brexit.”