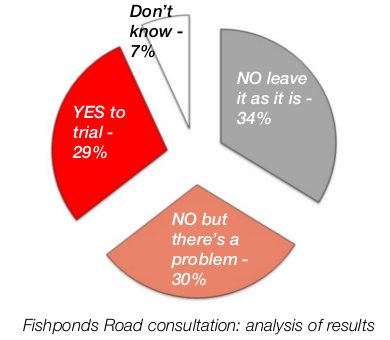 This follows local residents rejecting a proposed trial scheme that would have blocked some roads. Of those that responded 64% rejected the proposal, against 29% who supported it.

But a look at the consultation responses shows that nearly half those who voted against still thought there was a problem. They just didn’t like this solution. So 59% of respondents agreed there was a problem. And many residents consulted did not live in the streets directly affected.

Local residents tell Focus that there is too much traffic using the road as a cut-through. This causes a safety hazard, pollution, and deters non-car users. Residents’ concerns have led to four public consultations in 12 years.

“Local Labour and Conservative politicians have left us in a right mess,” says local campaigner Jon Irwin. “They mishandled this consultation, which was only for a trial, not a permanent change.”

“Many people say that Tooting is a less desirable place to live in than many neighbouring areas,” says Jon. “This will continue as long as local politicians fail to sort out its traffic problems.”

Doing nothing is not the answer. Tooting’s traffic management lags behind other parts of Wandsworth, where cut-throughs have been blocked.

Only the Liberal Democrats believe in continuing to work with local people to explore alternative ideas to tackle an unacceptable situation.