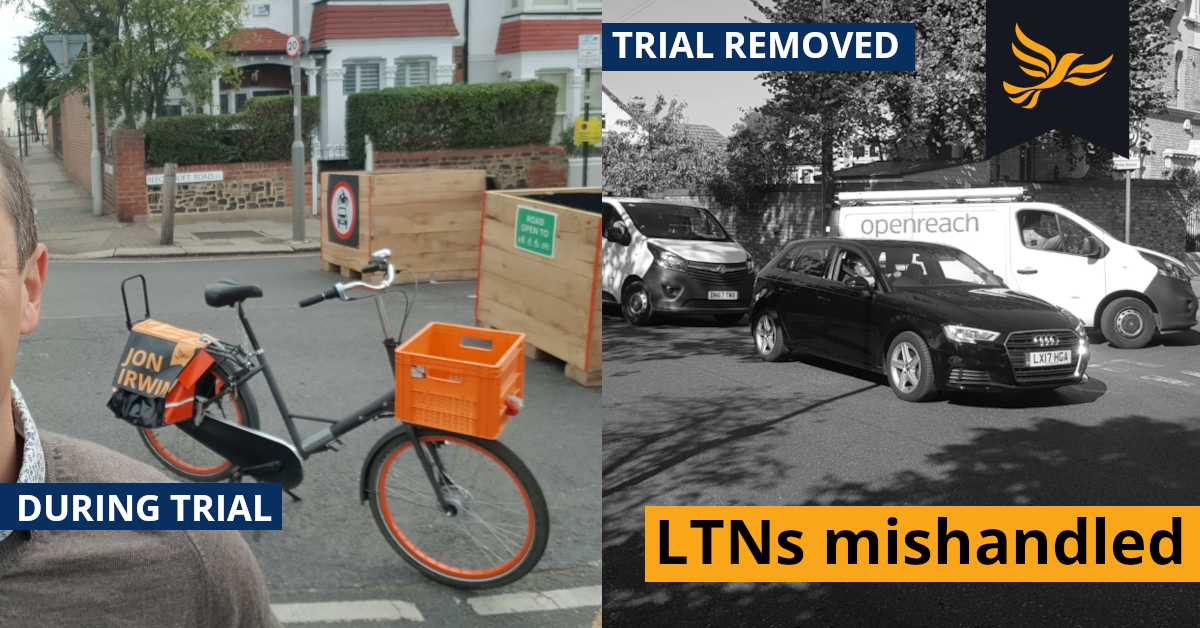 We urgently need to know what plans the council has to address poor air quality and climate change. The Lib Dems are calling on the Council to share the data that they collected during the trial period so that we can work cross party in Wandsworth to address these issues.

Sue Wixley, Liberal Democrat London Assembly candidate said:
"It’s a real shame that these Low Traffic Neighbourhood trials were cut short so soon. We needed more consultation with residents and a more tailored approach to each neighbourhood and street. Instead, the Conservative Council seems to have thrown out the baby with the bathwater." She added, "We’ve called on the Conservative Council to provide details of their future plans for greener, safer streets and to share the evidence they gathered during the trial. We owe it to residents not to delay tackling toxic air and addressing all aspects of the climate emergency."

Jon Irwin, a Liberal Democrat campaigning in Tooting who has pushed for traffic calming measures for years said:
"For a once flagship Conservative council, the failure to deliver a policy by a national government of the same political colour is stark. They failed to engage with residents. They failed to communicate why these changes were needed. Ultimately, local taxpayers will pick up the tab for their actions."

We continue to want to listen to your views, so please do respond to our survey here: