During the winter, Tooting Liberal Democrats worked with local residents to campaign against a proposed development which would undermine Wandsworth Common. The proposals would have demolished low rise units housing many popular local businesses on Jaggard Way, and replaced them with 4 and 6 storey blocks of flats.

Partly as a result of our campaign, on 25th January 2018, the planning application was refused, although Conservative Councillor Sarah McDermott stated at the planning meeting that future development was likely.

The Liberal Democrats remain passionately committed to conserving our Wandsworth Common and Jaggard Way local businesses, and are keeping you informed of developments.

A revised planning proposal has now been submitted, albeit as an outline application, without the full detail of the scheme defined.

You can view the most recent proposal and submit comments via the links below. It is also worth writing to your Conservative councillors about the scheme.

Tell the Council what you think

Write to your Councillors

This link is some detail given at a recent exhibition by the developers.

You can send your comments to the developers' consultant: [email protected].
To receive updates from Tooting Liberal Democrats on this and other local issues, sign up here:
www.wandsworthlibdems.org.uk/email_sign_up 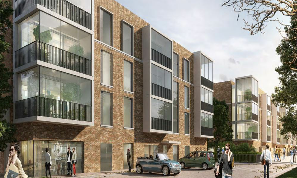