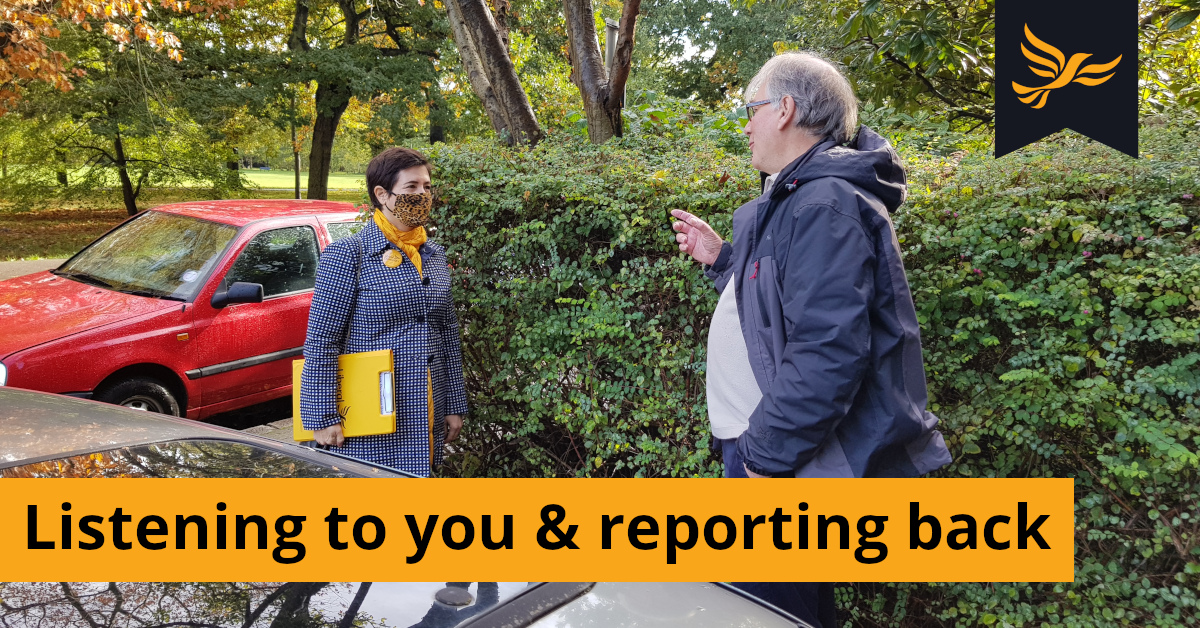 Early September the team were out and about in Tooting getting a resident's survey about the changes to local streets delivered to residents. We've had lots of feedback. We thought we'd share some of that with you.

Listening to residents is important, so despite the pandemic, we continue to want to make sure that everyone’s views are heard. The lack of communication around the changes to traffic patterns has angered many, both those in favour and those opposed to the measures. There appears to be a recognition from many, that the problems we face in terms of congestion, air pollution, road safety and the speed at which emergency vehicles can get to/from incidents are not new, but do need to be tackled.

"The Liberal Democrats would love to hear your views on the recent street changes brought in by Wandsworth Council. We are pushing for greater transparency and more active consultation of local residents and for your right to have a proper say on the future or your streets and neighbourhoods."

People who thought that the changes were a bad idea told us:

There has been an appalling approach to implementation - Irene, SW17

Traffic is being forced onto high streets, exacerbating pollution and already causing scores of minor accidents. This scheme needs to be halted now, and a proper consultation done, after which a properly thought through and integrated plan could be rolled out. - Charlie, SW17

They increased traffic, increased pollution, hindered emergency services and were absolutely the stupidest implementation of an idea ever - Lee Ann, SW17

If we want to reduce pollution we should put in place more charging points for electric vehicles and encourage people switching to electric and biking/walking. - Sissel, SW17

In principle I think it's a good idea, however, Wandsworth Council have implemented this scheme terribly. - Ella, SW17

Its a real nightmare. the streets are not safe for walking, driving or even cycling. I nearly got hit by a car on Balham High road. - Emms, SW17

People who thought that the changes were a good idea or weren't sure told us:

Poorly communicated and implemented. But absolutely necessary - these measures need to be amended to work a bit better - but they have to stay in some format. - Harry, SW17

The expanded cycle lanes from Tooting through to Balham feel much safer - Chris, SW12

I'm neither young (I'm in my 70s) and I have arthritis walking or cycling is not an easy option... I guess it is not about me and if I was young I'd problem welcome the enhanced cycle lanes. However, I do feel that making so many changes all at once has made everything more difficult for everyone. - Jackie, SW12

Although the barriers in Tooting were a shock at first, once aware it is easy to navigate. It is vital that road traffic around side roads is kept to a minimum. However, this may not work as well if all that it does is direct traffic down another side road. - Peter, SW16

As people's views do change over time, we're still keen to hear what you think about the changes.

Let us know your views here: